An Art Director’s Process For Branding

In the latest episode of A Brave New Podcast, I sat down with our own Art Director, Phil Padilla, for a deep dive into his history, what drew him into his career, and his process for creating strong visual branding for our clients.

Phil is originally from Santa Cruz, California, but arrived in the Pacific Northwest when he was still in grade school. His desire to explore art as a career began with an unexpected spark—The Simpsons, which he used to watch with his family every Sunday. “The art really resonated with me,” Phil said, “and I noticed that I instantly had a knack for replicating what I saw, to quickly replicate and work out the proportions and sizing quite well.”

Eventually, Phil had assembled a strong portfolio of his work, and after graduating from art school, entered the job market right in the middle of the first dot com boom. This led to a major turning point in his career. “After working a few years in print and really honing in on the production side of graphic design,” he told me, “I knew it was time to really hone in on the digital side and make those intentional changes in my career path to really build up that experience.”

To do so, Phil entered the frantic world of freelancing, where he worked through his own creative process partnering with some of the bigger brands in Seattle. That freedom of working on his own was appealing to him—so much so that it lasted for 15 years.

For the past year, Phil has worked for A Brave New full time, applying his talent and years of experience to a number of branding and design projects. “I think, at first thought, most people would think, Okay, the colors, the font, the imagery, and the logos are what make a brand,” he said. “That’s a fair assessment at first, but I think there’s a lot of layers that go into it, such as building something that’s relatable to your demo, or something that supports your messaging, really honing in on the psychology of it.”

For Phil, a brand leaves a strong memory behind, with visuals and tone that sticks around even after marketing has been completed. “Brand visuals need to really first of all capture the context of the messaging,” he said. “But more importantly, I think they also need to kind of be that best friend, to take the opportunity to be informative, relatable, educational … to relate values and core human elements.”

“Research is the cornerstone of design in the copywriting industry. It’s almost 90% research, 10% execution. Most people think of research as simply a competitive analysis or learning the market, but I like to have a heavy emphasis and focus on the demographics and the users, especially how we can best speak to them and relate to them,” he told me.

To do this, Phil prefers to establish more depth to personas beyond age and gender. “I think learning more about what makes [personas] tick, what makes them smile, how they text with friends … it’s like going into a room and sizing up your audience before you choose your words. Your speech is going to resonate more when you tailor it to those actually listening.”

As we wrapped up our discussion, I asked Phil what he thinks is his biggest skill as a designer.

“Over the decades, I’ve reached a point where there aren’t too many projects I haven’t seen before,” he replied. “I’ve been with a lot of small agencies where, throughout the usual growing pains, you’re stuck with creative challenges involving limited time and budgets. Being able to squeeze a project out the correct way in the course of an afternoon, which maybe would have normally taken a week or two, is something I’m proud of. It’s not because I’m a good graphic designer, though, it’s because I know the process. That’s probably my biggest skill.”

My thanks to Phil for joining me on the podcast. We’re lucky to have him. If you want to hear our full discussion, along with other chats with marketing experts and other industry professionals, subscribe to the A Brave New Podcast. 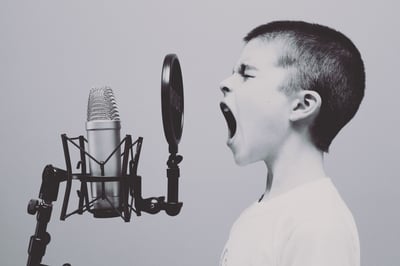 The Role Of World-Building In Digital Marketing 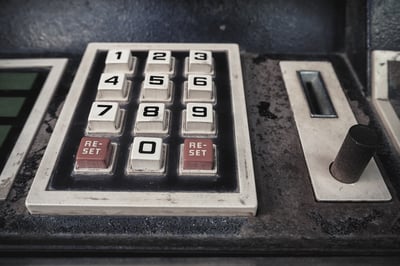