Be Unpredictable And Be Loved

In a recent conversation about sleep training, my sister mentioned that going in to her kids' rooms sometimes and not others is a form of random reinforcement that has can prove to be the most effective at encouraging them to cry to get your attention.

It's an odd finding. You would think going in every time would make them cry to get you in there, but it's not. You can look up B.F. Skinners original research or any number of blog posts on the topic.

And if you want to see the dark side of the topic, read about slot machines. They program players to play until they run out of money.

Needless to say, our brains are very "hackable." We predictably respond to rewards and certain reward schedules are better at establishing and maintaining behavior.

Far too often in our customer (or donor) appreciation programs we do the same thing every time. It's easier to manage programs if they are standardized across everyone. But the research shows we should be doing four things.

You still need to be sending receipts and and thank-you's after every transaction. You want a baseline of interaction that people can expect. That doesn't mean the default language that comes out of your software is good enough.

These messages are important brand communicators. Take time to audit your receipt email. Does it sound like your organization? Are the special benefits of being a customer highlighted? Are you genuinely thankful?

This is especially important for nonprofits. You simply have to thank donors after every transaction. It should be immediate and personal.

2. Add in the Random

Next, create five to six random rewards to sprinkle in. These could be phone calls, coupons, special extras in shipments, social media shout outs. It's another great chance to align to your brand.

The difficult part is systematizing this randomness. The Skinner experiments used a variable ratio of rewards to actions. In other words, you reward people on average every three transactions, but not every third transaction.

So after 9 transactions someone should have 3 rewards, but they may have gotten them after transactions 2, 3 and 7. But wait, that schedule rewards two reactions in a row? Yes - in fact, random numbers sometimes don't appear random.

How can you do this at scale? Don't worry about being exact. Pick a day of the week that is reward day. Each reward day select a random sample of transactions to give the reward for that week. Next week, move the reward day forward a day, and pick a new reward.

How big of a sample do you need? It depends on the reward. Pick a sample size as large as you can actually execute. Easy rewards, like a coupon code, can go to a larger set, more personal rewards, a smaller set.

Don't worry about any transaction to reward ratio at this point. Without data, you have no idea where to start.

Here's another lesson from slot machines. For the unfamiliar, slot machines used to have a number of wheels with icons on them. The wheels would spin and you could stop them and try to line up similar icons on the pay line. The pay line was a physical line on the glass of the machine.

Video slots keep all these visual ideas, but without those pesky physical wheels. The machine can easily make it look like you just "missed" the jackpot. Of course it's fiction. The machine selects the pay line icons and then assigns the others. It could randomly assign them, but why would you do that when you can make people think they just missed a huge payout?

You also see this in shipping minimums on ecommerce. You are so close to free shipping, if you just add $3 to your cart. Good luck finding a $3 item. After you have added that $12 pair of socks to your cart you can save the $5 shipping charge. Don't do the math, it isn't pretty.

This is an area where social communities really come in handy. When you are dropping something special in the mail, tag the customer in a tweet or Facebook post. Letting the whole community know about who is receiving rewards makes people wonder how they might get the same.

Buzzkill. Handing out goodies is great, but you need to start tracking right away. You need to know which customers have been rewarded and with what rewards. After a few months you can look at the data and see if those customers are more valuable. Be brutal, if it isn't working be ready to switch it up.

You should also be able to calculate the most efficient reward to transaction ratio. Now you can get a bit more systemized about your reward selection. Say you find that the average ratio of your most valuable customers is one reward per five transactions.

You should also be able to see if particular rewards are better performing. But don't standardize, the whole point is they are random. Drop the lowest performing two and create variations of the best. We aren't going for pure efficiency here. You need a large number of possible rewards if you are going to make it feel random to customers.

In interviews, slots players have said they choose dark pants so they don't have to stop playing to walk to the bathroom. That's how far a random rewards system can bend behavior.

If your rewards program reinforces your brand and is customer (or donor) centric, it has a higher likelihood of long-term success.

Get in your constituents' shoes and figure out what will surprise and delight them. 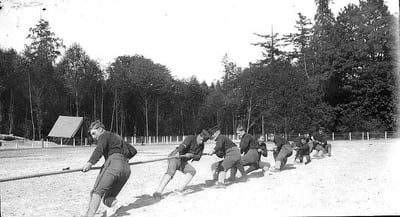 Stick With Your Inbound Investment For At Least 6 Months 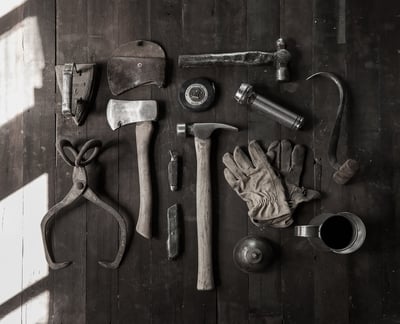 How We Build Websites That Drive Results