One important thing I’ve learned during my first 31-1/2 years in this business as a leader and manager is that empowering your team is vitally important to your success - and theirs.

Unfortunately for both me and my employees, I didn’t do a good job of that when I was starting out as a young manager.  Sure, I talked about delegating and empowering others, but the reality was I didn’t.  I would ask one of my staff members to analyze a campaign and create a report for a client.  But when they ran the final draft by me I would mark it all up, change much of it, and sometimes even sent them back to the drawing board to start over.

After a while I just decided I could do it better myself.  By doing that I started working way too many hours (12-14 hours a day were common for me back then) and I was stressed out.  I brought it all upon myself.  And it wasn’t good for me.  It also wasn’t good for my staff members.  Some felt worthless, incompetent, and discouraged.  They feared they would never grow because I couldn’t trust them to do a good job.  It was truly a lose-lose situation.

But, over time I learned that if I wanted to grow in my own role and responsibilities and to help our company thrive, I HAD to learn to empower others.  And while I might have done something a bit differently, I realized that our clients were actually just fine getting the work the way that one of my team members had presented it.  They were happy, my staff was happy, so it turned out I was happy and didn’t have to do all the work!

In the years that followed, we grew from a company of 8 to a company of 130 people.  We expanded from just being Seattle based to having offices in Atlanta, Chicago, Colorado Springs, London, and Paris.  We became the largest and most successful company of our kind.  My own staff grew from a team of 4 to a team of 40.  And it would have NEVER happened if I didn’t learn the skill of truly empowering and trusting others.

In Part 2, I’ll share how to empower your people and in Part 3 I’ll talk about what happens to you, the employees and the organization when you do.

Carter Wade is a partner and Client Services leader at the Veritus Group, a major donor training and consulting agency.  He’s an enthusiastic senior leader and client advocate with more than 30 years of experience serving non-profit organizations in strategic planning, direct response marketing, and fundraising. He’s developed and managed highly successful campaigns for a wide range of national and regional clients throughout the United States.  He’s lives in Seattle with his wife and three kids. 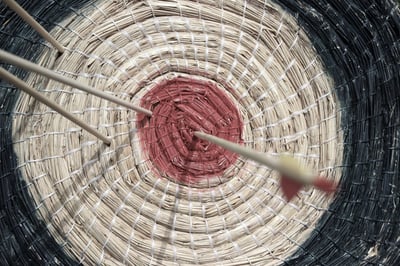